Last time, we walked you through Seoul from nature to nightlife. In Part Two of our travel guide for the South Korean capital, we’ll tell you where to get the best steak, where to take Seoul’s most romantic stroll and three hotels that take luxury to a whole new level. 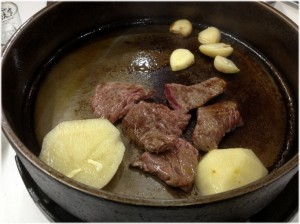 Yes, there are only three items on the menu. And yes, it’s a (small) chain. But it ain’t cheap, and it might be the best steak you eat in your whole time in Seoul. Go for the ribeye, and you’ll start to understand why Korean BBQ is worshipped by steak-lovers all over the world. 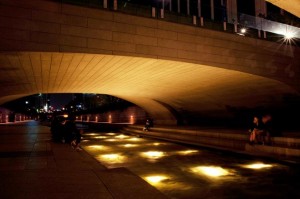 The Stream has been Seoul’s most romantic walk since 2003, when an urban renewal project removed the highway that hung over the stream, restoring it to its original, beautiful state. The 11-km walk along the Stream goes through downtown Seoul and offers beautiful views of some of the city’s best attractions, most notable the Spring Tower and the Candlelight Fountain. 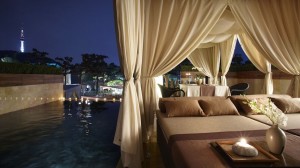 The Banyan is more than a hotel—it’s an urban resort. Between an elite private members’ club, multiple restaurants (including one by the Oasis pool), and the gorgeous, spacious rooms (only four to each floor), maybe Banyan isn’t crazy when it refers to itself as a six-star hotel.

If you need proof of the Shilla’s commitment to Korean hospitality, just look at its designation as one of the Leading Hotels of the World. Located near Seoul Station, the National Theater and the Namsan-gol Traditional Folk Village, the hotel is perfect for tourists or a businessman who wants to be close to the action. The Shilla’s forward-thinking, too: It was the first hotel to be designated as environmentally friendly by the Korean government. 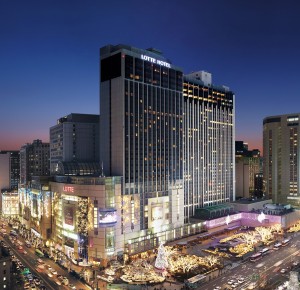 When it comes to luxury Korean lodging, the Lotte is the benchmark, having hosted dignitaries and celebrities for decades. Not only does the fitness center host a beautiful pool, sauna and spa, but also an on-site salon and barber. And if you’re looking for something to eat, please don’t leave the hotel—the Lotte hosts an incredible 17 restaurants and bars on its premises.

As you can see, there’s enough to do in Seoul to occupy for more than once vacation. As always, decide in advance on a few activities that you know you’ll want to do. But leave yourself some free time, too—you never know what you’ll find in Seoul.