Meet the Beautiful Asian Ladies of the Women’s World Cup

Maybe you heard a little something about soccer last month when the Women’s World Cup set all-time viewership records and drew enormous crowds all across Canada. The field included four teams from Asia: China, Japan, South Korea and Thailand. Here are three players from the Asian squads that caught our attention for both their brilliance and beauty on the field.

Not only is Zhao Lina a world-class goalkeeper at the age of 23, using her agility and general athleticism to guard the posts, but she’s also loved all over China for her gorgeous looks. In February, Lina went viral in Japan, winning the hearts of men who saw her in the Chinese team’s practice sessions. One online commenter summed up our thoughts pretty well: “A real woman is someone who can still look beautiful covered in sweat.” 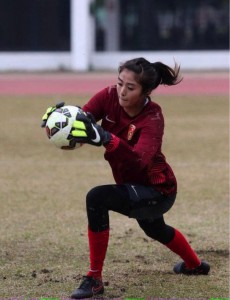 Sameshima is an athlete who has such a universally desirable skillset that she has had the opportunity to play on soccer teams all over the world. Aside from the travel that comes with being on the Japanese national team, Aya has played permanent roles on professional teams in Montpellier, France as well as Boston and Houston. She’s currently a member of INAC Kobe Leonessa in Japan. “Leonessa” means lion in Italian—a fitting title for Sameshima and her majestic style of play. 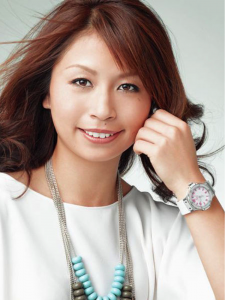 Sadly, Min-Ji tore a knee ligament in training, leaving the South Korean side debilitated without one of its most promising, talented young players. In the 2010 17-and-under World Cup, Yeo was, simply put, the best player in the tournament, winning the Golden Ball and Golden Shoe awards. Even though she missed this year’s competition, the rest of the world will have a force to reckon with when Min-Ji returns to action.

If you’re a sports fan, the women’s soccer games add one more reason to watch. Not only is the speed, rhythm and flow of the game beautiful, but so are the participants.