It’s April and, for the most part, spring is here. For you, that might mean firing up the grill, getting ready to watch your favorite baseball team or pulling the convertible out of the garage. But in Asia, there are a host of spring-time traditions that date back hundreds or thousands of years that are still celebrated by everyone. Take a couple minutes to learn about Asian cultures with our list of spring traditions in Asia. 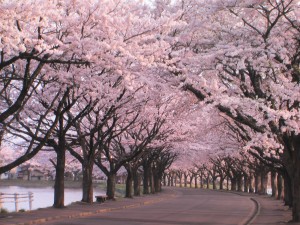 You might recognize the sakura trees (cherry trees) in the picture above; they’re very important to Japanese culture and are featured in lots of Japanese art. Every spring, the blossoming of the sakura trees is celebrated by a festival called Hanami. Meteorologists become temporary celebrities as everyone tries to predict when the trees will blossom. Once it finally happens, the young and old alike host jubilant, romantic Hanami parties under the cover of the sakura trees. 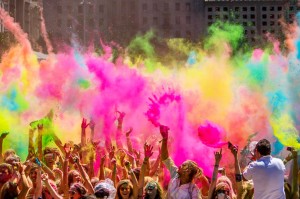 To call Holi a colorful celebration would be an understatement. Once exclusively a Hindu holiday, the festival that signals the triumph of good over evil (the beginning of spring, end of winter) is now celebrated by Indians of all religions. On Holi, Indians of all ages and social classes take to the streets, covering each other in a wide variety of colored powders. Making the event even more powerful, many consume drinks that are made with Bhang, a mix made up of cannabis leaves. 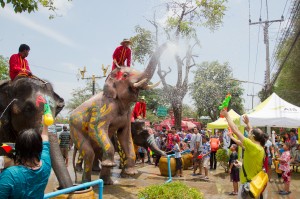 For the Thai people, mid-April marks the start of the new year. Songkran is their New Year’s festival. The main symbolic event is the pouring of holy herb water to wash away the past year’s sins and to cleanse for the new year. After that, the party gets started. Parade spectators and participants all soak each other with water guns, furthering the metaphor of cleansing for the new year. 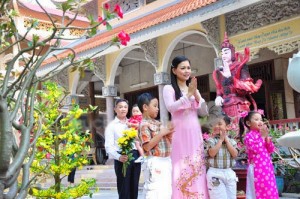 Celebrated a little earlier in the season, Tét typically falls around the same time as the Chinese New Year. Tét is short for Tết Nguyên Đán, which, in English, means “Feast of the First Morning of the First Day.” Vietnamese people gather with their families to feast, worship their ancestors, visit with their elderly and give gifts of money to children.

So, the next time you’re thinking about taking a spring vacation, spin your globe to the East. The flowers are blossoming, the colors are flying, and the drink is pouring. No matter where you go in Asia in the spring, you’re sure to find happy people, a festival, and a damn good time.