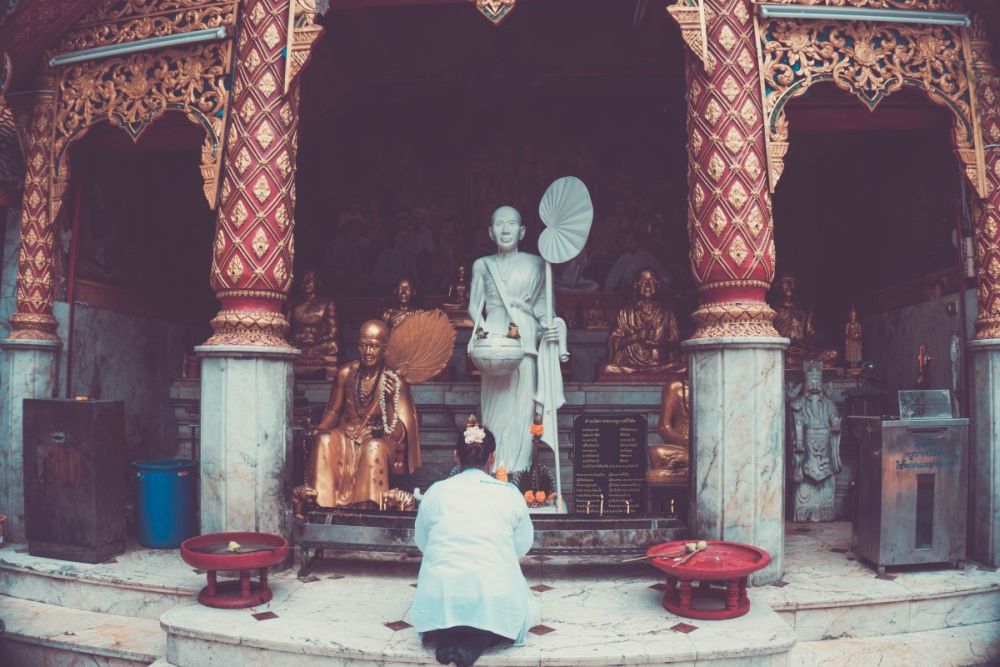 How To Deal With Religious Differences In Romance

Religious differences are among many obstacles romantic partners may have to overcome, particularly when dating cross-culturally. Historically, wars have been waged over religion, and it’s an area of contemporary life that reflects ancient and often restrictive principals. Because AsianDate gives you the opportunity to connect with members overseas, you may hit it off with someone who has a different religious upbringing. The question is, how do you handle dating someone of a different faith?

Religious Differences And Everything They Bring

Religion is unique in that it’s generally not the first thing you’re made aware of when you meet someone. Your personal belief system is your business, but when you share your life with someone, it becomes theirs too.

Some adults may have resentment toward restrictive religions they grew up in, so they no longer practice. Some people find religion on their own for the first time as adults, or set out to find spiritual enlightenment that’s different from what they’ve known. Identify your stance on the topic and locate yourself on the spectrum.

Determine how important someone else’s religion is to you

Identifying your own feelings and boundaries is important when faced with contrasting beliefs. You might be someone who thinks religion isn’t important, until you develop romantic feelings for someone who does. Ask yourself what type of relationship you’re looking for, and how differing beliefs relate to that.

It’s possible to date casually with wildly contrasting religious stances, but as things become more serious, differing religious beliefs could have effects on your life together that you’ll need to address.

No sex before marriage. No birth control. No meat on Fridays. No dairy and meat together. No pork.

Religion can affect everything from intimacy to lunch plans. Even if someone says they’re “non-practicing,” they could adhere to restrictions or behaviors out of habit, familial pressure, or fear.

Similarly, religion and romance clash most when it comes to major life events. If you find baptism objectionable, it should be discussed long before you have a child together. If marriage is on the table, the simple question of whether to have a religious ceremony (and where) can create great conflict. New life, death, illness, accidents—these are all times when spiritual leanings will have an impact.

Get to know your partner’s religion

Are you dating someone who brings up religion around the holidays but couldn’t care less during the rest of the year? Or do they genuinely aim to live day-to-day by the faith that they claim?

The strength of your partner’s convictions, as well as your own, will help determine your course of action. But much of dealing with your partner’s different religious beliefs is about respect. As long as you express religious inquiries without insult, you can become more informed and feel empowered to engage (or not) as you please.

Two strong believers in opposing faiths will have to work harder

If you and the person you’re dating both feel strongly about religion, but practice different faiths, how do you proceed? If you’re in the early stages of dating, this could be a deal-breaker. But if things are getting serious, your options are to practice each faith separately, practice both faiths as a couple, or for one of you to convert.

Interfaith relationships are common, which require negotiations or additional measures to “cover all bases,” so to speak. This could mean having more than one officiant at your wedding or making multiple holiday stops to respect each family’s traditions.

Conversion is a more extreme measure, but it can be a beautiful gesture in unifying a couple and signifying your commitment. It is important not to make the decision based on infatuation, but rather as a choice for yourself.

Religion can be polarizing, but if you truly want to share your life with someone and you address differing faiths with sincerity and maturity, you can enhance your union and walk together on whichever path(s) you choose.