In our series of Asian Travel Guides, we’ve taken you to some of the world’s oldest and most historical cities. That’s not the case with Taipei. At the adolescent age of 300 years old, the Taiwanese capital stands out among fellow Asian cities as a new kid on the block. Influenced by a variety of Asian and Western cultures, Taipei brings a heterogeneous mix of offerings for the sophisticated traveler. Here are the city’s must-do activities and must-see attractions. 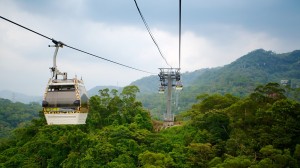 In Taipei, you need to head a little outside the city for the best view of it. On the Maokong Gondola, your group will be given its own private cable car to admire both Taipei’s staggering skyline and the lush, green mountain forest. The gondola leaves from the Taipei Zoo, so give yourself some extra time if you want to see the animals. Pro tip: Wait a little longer and pay a little extra for the glass-floored car that will let you see beneath you. It’s totally worth it. 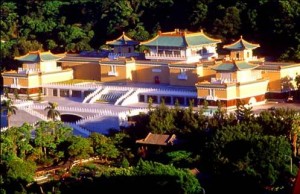 While Taipei may be young, the stunning selection of artifacts in the National Palace Museum boast an impressive history. With many relics coming straight from a variety of Asia’s premier historical and artistic sites, including Beijing’s Forbidden City, the Museum will likely be of interest to everyone, not just art and history buffs. If you tire of standing and observing, the Museum also offers many hands-on activities such as a paper-making class. 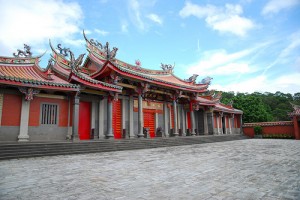 If you’re a Westerner who can afford to vacation in Taipei, you’re probably doing alright for yourself financially. But what’s the harm in ensuring future success? Head to Hsing Tian Kong tobe blessed with professional and personal success, and stay for the beautiful Taiwanese architecture. Why is the temple believed to give you a monetary leg-up? It’s devoted to Guan Yu, the patron saint of businessmen.

Check back later this week for Part Two of our Taipei Travel Guide.