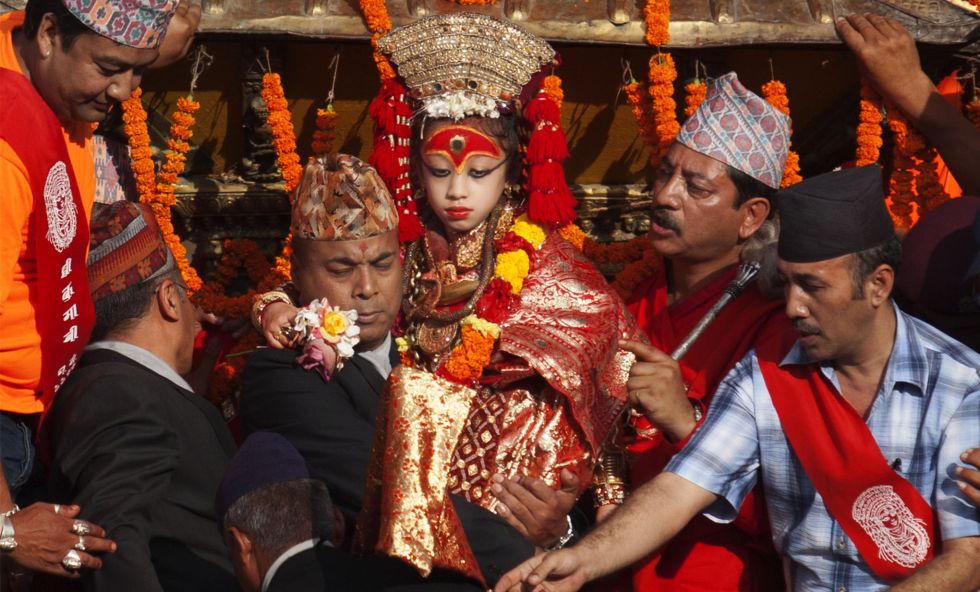 December 9, 2016 No Comments by AsianDate 2 minutes to read

Have you ever heard of a living god or goddess before? You most probably have not because it is not common. The deities that we know of in many religions, Greek mythology or even in our story books, usually manifest in the form of a spirit. But, the Kumaris of Nepal are different because they are living and breathing. 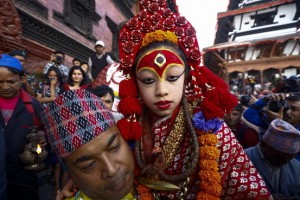 The Kumari can be as young as 4 years old. She has to live in a palace until she becomes a teen.

Yes, you read that right. In Nepal, a Kumari or Kumari Devi is a tradition where pre-pubescent, young girls are chosen and worshiped as living goddesses. In the Hindu religion, the chosen young girl is believed to be a manifestation of the female energy or devi. Practitioners also believe that the goddess Telaju presents herself in the chosen young girl. There are several Kumaris, one for each practicing region. The highest Kumari, however, is known as the Royal Kumari of Kathmandu.

Kumari’s believers pray to her and ask for their wishes to be granted. Gazing upon her is considered to bring good fortune in a believer’s life.

The Story Of Telaju And The King

One cannot fully grasp the tradition without understanding the most familiar story of how the tradition of Kumari began. There are several legends, but there’s a striking pattern to the legends – it involves King Jayaprakash Malla, the last Nepalese king of the Malla Dynasty. He and the Goddess Telaju have been playing a game of dice almost every night. The deal was for Telaju to continue playing the game as long as the King didn’t tell anyone of their meetings.

Out of curiosity, the queen secretly followed the king one night, to see who he has frequently been meeting. When the goddess Telaju found out, she was very angered and told the king that if he wanted to see her and still keep protecting his country, he would have to look for her among common people as she would reincarnate in a little girl. King obeyed and the tradition of Kumari was born.

What Happens When A Kumari Is Chosen?

Little girls as young as 4 years old will have to leave their family and live in the palace. The majority of the time they are looked after by their servants and only leave the palace when they are needed for ceremonial occasions. Kumari’s family rarely visits her. She doesn’t have a lot of playmates growing up like regular children. When she enters adolescents and menstruates, that’s the time that she leaves the palace and returns to her family. It is said that blood is a sign of the goddess Telaju leaving her body.

This is just one of the many interesting practices the Asian culture has. To know more about Asia and its people, check out more posts on our blog.