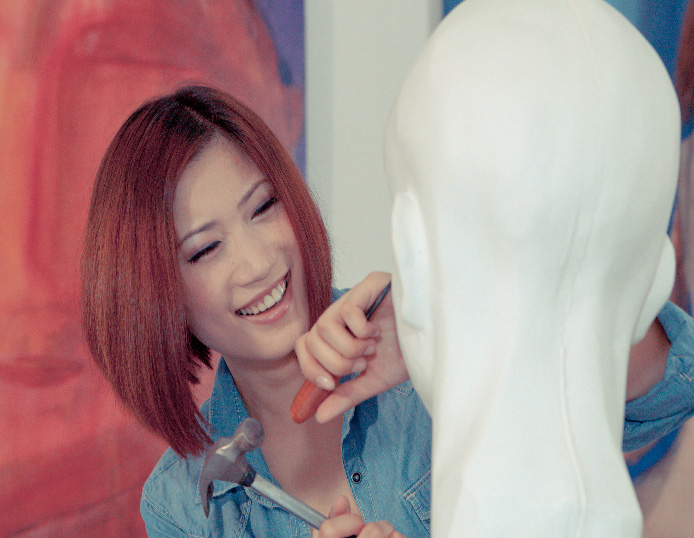 Throughout the years the medium for this tradition Chinese art began to diversify. Woodcarvings of dragons, emperors, and warriors often stand guard on gates and doors. Boxwood carvings are akin to sculptures, but take advantage of the wood’s natural grain and shape.

Small-scale shell and nut carving are a form of folk art and they are often used as interior decorations or small gifts. Other styles exist, but the most prized are carvings made of jade. Seen as representative of both heaven and earth, a physical manifestation of virtue and wisdom, and heralded as the purest form of beauty, jade is nearly priceless in Chinese culture.

Calligraphy, or shūfǎ, is the art of writing, and it is praised as one of the highest forms of art in China. The practice traces back to ancient China, but much of what is presently considered calligraphy art began in the Qin Dynasty (221 BC – 206 BC) with the unification of the Chinese people, and the emergence of a standard written language.

The art and power of calligraphy is derived from the Chinese cultural appreciation for words. There are tens of thousands of written characters, but a highly educated person may know less than 8,000.

In addition to the knowledge and skill required to master the subtleties of the language, much of the art of calligraphy rests in the visual manifestation of words. Each character is drawn to not only represent, but to actually evoke, a given word.

Painting developed alongside calligraphy as an art form (though it was not accepted quite as quickly), and it has its roots in the same basic tools – A brush and ink on paper or silk. The ultimate goal of Chinese painting is to encapsulate the essence, energy, and spirit of the subject, so colored inks are often forgone as distractions.

Landscape painting is by far the most common in this traditional Chinese art. Paintings often depict rolling hills or towering mountains. There are, however, two distinct painting styles. The first, gong-bi (“meticulous”), uses small, detailed brushstrokes.

The sharp paintings are highly naturalistic. The second style, shui-mo, is a form of watercolor and it incorporates different shades and tonalities to achieve its expressionistic effect.

Intricate carvings emerged as an art in the Qing Dynasty. Though the craft had been developed years prior, it wasn’t until this cultural renaissance that it blossomed into a popular practice with distinct styles.

Unlike Chinese painting, the product of hours of laboring often depicted figures, animals, or specific object, rather than expansive landscapes. The art itself was considered to be in the process of creation and in the accuracy of the most minuscule details.