Whatever your taste in films and whether you’ve been to Asia in the past or not, if you love films and also like to travel, these movie-inspired Asian destinations are just the thing for you.

Pick And Choose From These Asian Destinations From Famous Movies

Asia is gorgeous; we all know that even if we have never visited the place. Some of the most well-known films have contributed to the popularity of the biggest continent as a travel destination. Here are some of them.

In 1862, Louis Thomas Leonowens was just a child when he visited majestic Bangkok. He spent 5 whole years in Thailand’s Royal Palace as a resident with his mother, Anna Leonowens.

It is his mother’s tales that became the inspiration behind not one but two films: the first, 1956’s “The King and I” and the most recent (1999) “Anna and the King”. Anna worked as a teacher at King Mongkut’s children for 5 years. The Grand Palace, where it all took place, and where the blackboard used by Anna and the kids still exists, is not one single building. It is a breath-taking, sprawling complex of intricate golden spires, carefully carved traditional temples, all set around open lawns, gardens and magnificent courtyards, all of which have undergone changes and additions by successive reigning kings over the place’s 200 years of existence. 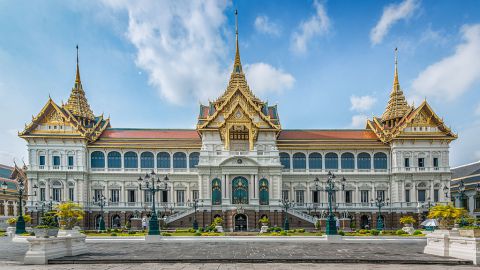 The Grand Palace is the location where Anna Leonowens spent 5 years looking after King Mongkut’s children.

The mush-loved French language film narrates the story of a French plantation owner (the wonderful Catherine Deneuve) during the Vietnamese people’s struggle for French Indochina’s independence from France. It can be credited with putting Vietnam on travelers’ maps with its beautiful scenes. In Hanoi, you can still visit the café where Deneuve took her breakfast every morning during filming. The opening scene of a funeral procession of boats on Hue’s infamous Perfume River is so atmospheric you almost feel like you are there yourself.

Throughout the movie, there are a number of locations across Vietnam including Halong Bay, even though most of it is shot, Hue. There is also a wedding scene taking place in the magical palace of Emperor Dong Khan, and one with Deneuve and her on-screen daughter which is shot in a pavilion overlooking a lake in the city of Emperor Tu Duc. It is worth noting that there were a number of popular films shot in Vietnam before “Indochine”, but almost all of them were American war films that didn’t really do justice to this place of wild beauty and charm. 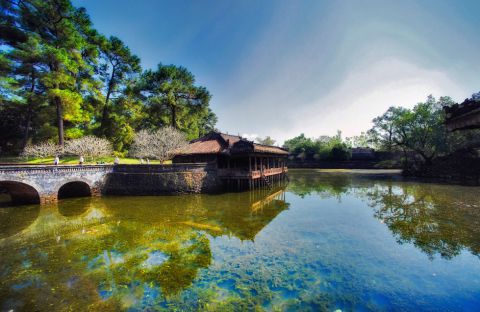 Perfume River is one of the most atmospheric locations in the classic film “Indochine”.

Danny Boyle’s 2000 adaptation of Alex Garland’s novel became a hit not just thanks to the amazing performance of its protagonist, Leonardo Di Caprio, but also because of the magnificent views of an extraordinary beach in Phi Phi Leh Island, close to Phuket, in Thailand. The area was one of those destroyed by the terrible 2004 tsunami but has managed to recover since and has regained its popularity among travelers who love exotic destinations. 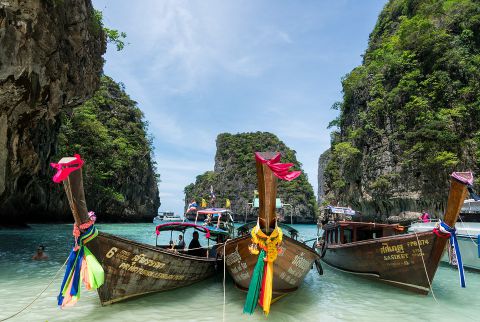 Phi Phi Leh Island is the majestic location of the much-loved film “The Beach”.

The latest film to hit cinemas in the King Kong saga “Kong: Skull Island”, was shot in various locations around the world, with many of its scenes taking place in northern Vietnam. Aerial shots and helicopter chases took place in the dramatic limestone mountains of Ha Long Bay. Filming locations also include UNESCO World Heritage site Tràng An and the impressive Tú Làn Caves System.

Ha Long Bay is one of the picturesque locations where “Kong: Skull Island” was filmed.

The island country of Sri Lanka, in South Asia, is one of the most attractive film locations. Despite the fact that the actual bridge in the film is in Thailand, “The Bridge on the Rive Kwai” shows a very costly bridge (reportedly $250,000 at the time) specially made for the film itself, 425 feet long and rising 90 feet above the water. 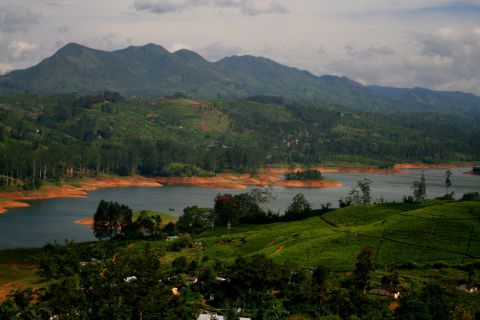 The film tells the story of a group of Japanese war-prisoner captors who were made to build a bridge over the River Kwai which, once completed, would help the Japanese connect Thailand and Burma (Myanmar). Director David Lean asked that the bridge is built in a small community called Kitulgala on the Masleliya Oya, a tributary of the Kelani River, between the Sri Lankan capital Colombo and Kandy.

“Tarzan, the Ape Man” was a remake of the homonymous, iconic 1932 film. The 1981 film was mainly filmed in different parts of Sri Lanka’s Hill Country, but visitors who wish to swing on vines like the much-loved jungle hero will definitely appreciate the opportunities to do so in the Sinha raja reserve. 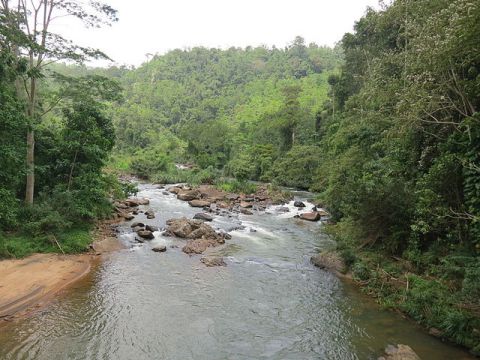 The second film in the blockbuster series, “Indiana Jones and the Temple of Doom” was directed by Hollywood favorite Steven Spielberg and starred Harrison Ford in the legendary role of the brave archaeologist. When “Temple of Doom” was denied permission to film in Rajasthan (authorities thought the script was offensive), Spielberg opted for Sri Lanka’s second city, Kandy. 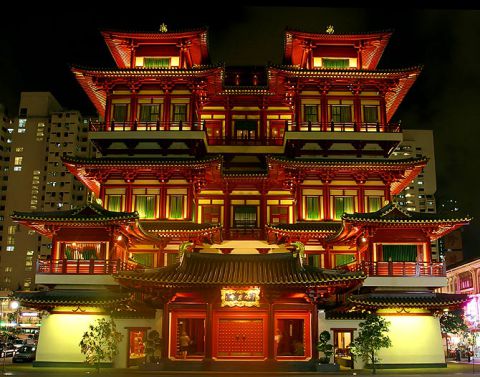 Indiana Jones fans are certain to love the Temple of the Sacred Tooth Relic, in Kandy.

Today, Kandy is the gateway to the majestic Hill Country, and home to the Temple of the Sacred Tooth Relic, which is considered to be the country’s holiest spot, as it houses a tooth of the Buddha himself.

If we haven’t convinced you of the unique beauty of these exotic movie-inspired Asian locations, perhaps watching one of the silver-screen gems mentioned above will.

If you enjoyed reading this travel article and would like to read more about traveling to Asia, click here. For the chance to find love with an Asian lady, you can visit AsianDate today. For dating and relationship advice, you can also find us on SlideShare.