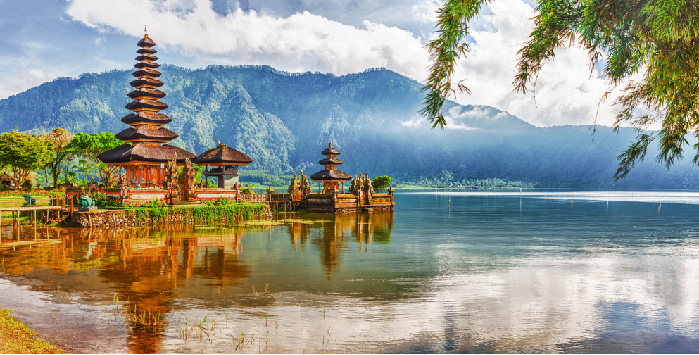 Season of Holidays in Asia

Despite its small size, Asia experiences an enormous range in geography and climate, which is what makes holidays in Asia so incredibly unique! From Siberia to the Philippines, Asia seamlessly moves from mountainous region, to tropical rainforest, to beaches that stretch for miles.

This diversity is exactly what makes it ideal to spend holidays in Asia! However, though it may be sunny and dry in one region, it can be monsoon season just miles away!

This island province experiences fairly consistent temperatures in all seasons, usually hovering between 78 and 82 °F. The primary seasonal difference comes in the amount of rainfall.

It’s not uncommon for it to receive 11-13 inches of rain in the winter months, but this tends to curb slightly from April to October when it is more on the scale of 1-3 inches.

Bali also has numerous festivals and holidays spread evenly throughout the year, so that is one less thing to worry about!

Summers in mainland Thailand can be scorching and humid, approximately 82 to 86 °F with 6-12 inches of rain. Tourism is highly driven by festivals and the high months are December and August.

However, the winters can be a fantastic time to go and enjoy the city or the beach when the temperatures are slightly milder and there is only an inch or two of rain expected.

This southeast Asian country generally experiences early summers with the temperatures starting to rise rapidly in February. The wet season ranges from May to October, though at least a few inches of rain are expected year-round.

However, the winter tends to bring slightly less rain and marginally cooler temperatures (around 75-80 °F).

Surrounded by water, Hong Kong is known to be relatively humid. The early winter months, however, are often sunny and clear! January and February are particularly popular times to go because of the Chinese New Year Celebrations.

Given that the landmass is wedged between Siberia and the Pacific Ocean, Japan’s summers and winters can be climatically complex. The meeting of different air temperatures can bring high precipitation in the summers, and northwest snowfalls in the winter.

But the springs and autumns are very stable, and starting in March the cherry trees begin to blossom!

The southwest region experiences its monsoon season in the summer, and the northeast’s is in the winter. Despite that, the climate is fairly regular with temperatures around 80 °F.