Last week, we told you the stories of George Clooney, Dave Chappelle, Wesley Snipes and their Asian wives. We’re back now with three more male stars who have tied the knot with beautiful Asian women. 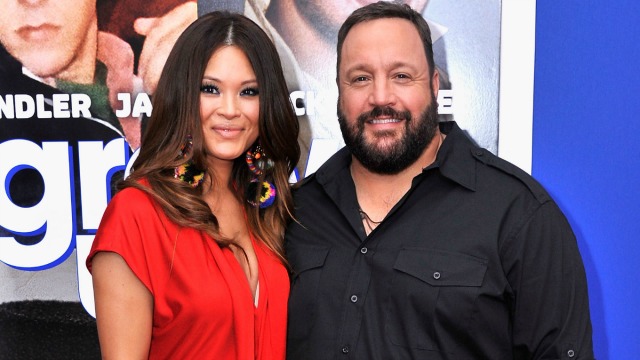 In 2001, Filipina actress Steffiana de la Cruz started dating Kevin James. In 2002, she started making guest appearances on the sitcom in which James starred, The King of Queens. Coincidence? Probably not, considering de la Cruz has since played roles in The Zookeeper and both Paul Blart movies—all Kevin James films. The pair have four children, including a daughter that was born this year.

While Zuckerberg may have been portrayed as an asshole in The Social Network, no one can deny his romantic loyalty: He met Priscilla Chan at Harvard and dated her for nine years before marrying her in 2012. While Chan is the daughter of Chinese-Vietnamese refugees, her childhood otherwise looks typically American on paper, as she was raised in Braintree, Massachusetts and attended Quincy High School. Chan has helped teach her husband Mandarin, and Zuckerberg stunned a Beijing crowd by doing a Q&A session entirely in Chinese last year. 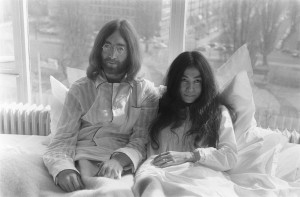 Yup, we saved the most famous couple for last. You probably know the story: John and Yoko Ono meet in the 60’s, dig each other’s groovy vibes, get married, and some blame Yoko for breaking up the Beatles. That last bit we know not to be true—although she did have a contentious relationship with Paul McCartney. Since her husband’s tragic murder many years ago, Ono, who is Japanese, has undertaken many artistic endeavors. In fact, she has an exhibit up at New York’s Museum of Modern Art right now.

Like we said last week, it’s no surprise that some of the world’s most famous, successful and attractive men have been in romantic relationships with Asian women. And as this list shows us, they’re just as creative and successful as the men they married.