Can You Guess Which Asian Destinations Are Among The Most Romantic?

Top10sEverything, a popular YouTube channel which compiles all sorts of fun lists, decided to pick the most romantic places in the world. There are three Asian destinations that made the list. Can you guess which ones made it? Watch this and find out:

Three Of the Most Romantic Asian Destinations

Asia is not exactly like Paris, the most romantic city in the world, but it is up to par because the romantic scenery, experiences and food are unlimited. Here are the three Asian cities that made it to Top10sEverything’s list, and why they are the most romantic: 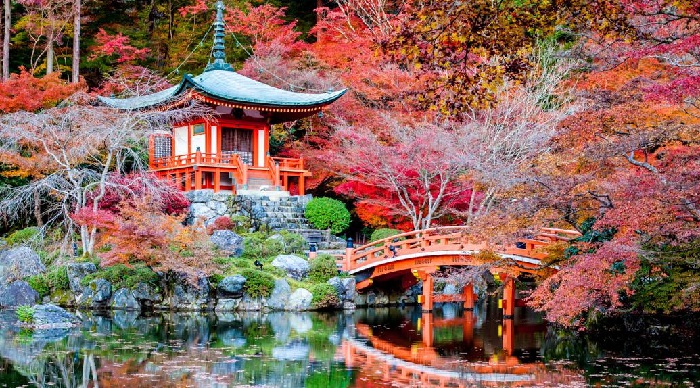 Number six on Top10sEverything’s Most Romantic Destinations list is Kyoto, Japan. It is the country’s seventh-biggest city. Its significance in history is very prominent having been the capital and the emperor’s residence from 794 until 1868. A lot of travellers refer to Kyoto as old Japan, and that’s exactly where its charm comes from.

For couples, Kyoto can be a honeymooners’ playground because of its natural beauty. Admiring the beauty of the love of your life standing underneath the cherry blossom trees in full bloom can be breathtaking. Couples can also take part in different activities like dressing up in Japanese traditional bridal attire and taking pictures all around Kyoto. A ride on private boats in Arashiyama can be the perfect mood setter before your romantic Japanese dinner.

Before we go into the romantic details of why Istanbul is one of the most romantic Asian destinations, you should know that it is a transcontinental city in Eurasia. The city’s commercial and historical centre is on the European side, while around a third of its population lives on the Asian side.

Another interesting fact about Istanbul is that it was a place where JFK Jr. brought his new bride Carolyn Bessette during their 1996 honeymoon. So, what’s so romantic about Istanbul? For one, there are so many places you can soak up history in. There’s Hagia Sophia which was a cathedral/mosque that has been turned into a museum. If you go to the second floor, you’ll have the most fantastic views of the Sea of Marmara.

When you’re in Istanbul, it’s absolutely a must for you to witness the sunset at the Golden Horn – the estuarine harbour. You can then spend the night on the Bosphorus Night Cruise which many say is the most romantic route when exploring the city at night.

An island known for its forested volcanic mountains and beaches, Bali can be a lovers’ paradise. It has been a tourist destination since the 1980s. One of the reasons Bali is so well-known is because it has several developed art scenes like dance, sculpting, painting, metalwork and music. Couples who visit will get to experience these arts through various tours that offer cultural activities. Aside from a couple bonding through these activities, couples can also appreciate the beauty of the marigold fields along the roadside between Bedugul and Kintamani.

You can also take the love of your life to different romantic restaurants. There are plenty in Bali, some are riverside and have a 100-candle dinner service. There’s also Cave Dining Service at Samabe, Bali which can also be very romantic. The best part is, Bali is more affordable than the first two Asian destinations.

Which city would you likely take your special someone to? Leave your answer in the comments below and don’t forget to check out more posts on our blog.