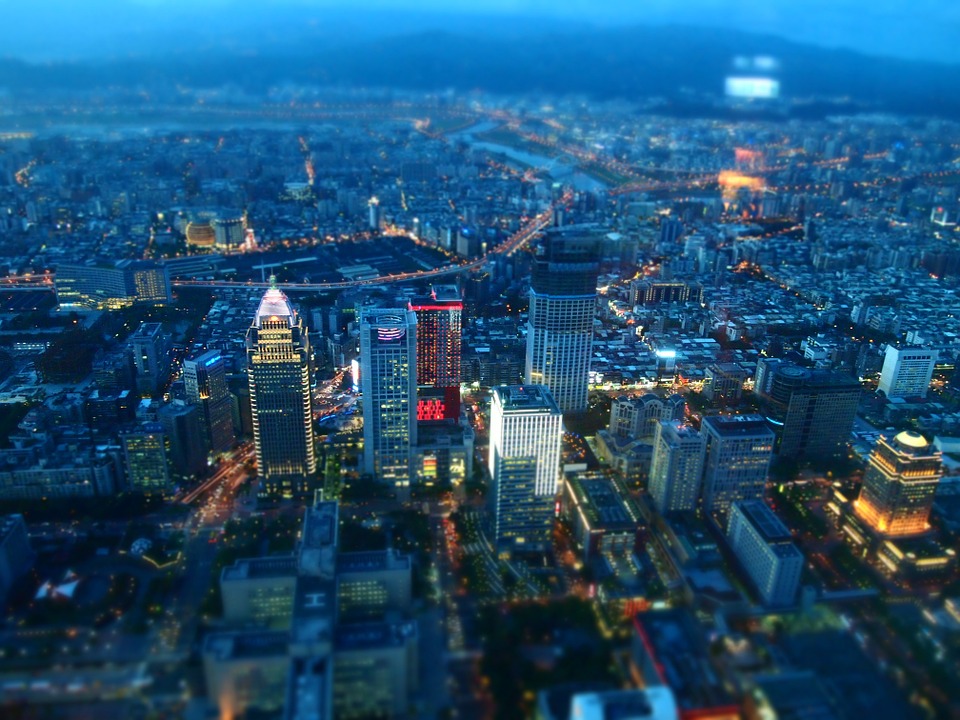 Time To Discover Taipei, A City of Contradictions

There are few places in the world that can claim to have so many diverse characteristics as the capital of Taiwan. Taipei is a small city of contradictions – throughout its rich history, this place has undergone many different cultural, ethnical and political changes. So it’s about time you discover Taipei, which is very hard to resist.

To say that Taipei is a real melting pot of cultures and people would be an understatement. Its blend of Chinese culture with a strange fusion of Japanese, South-east Asian and American influences make it a truly unique place.

Things You Need To See And Do In Taipei

If you only have time to visit one museum, make it the National Palace Museum, the biggest museum of Chinese art. Get to see the ceramics, painting, objects of religious worship and all kinds of artifacts. Make sure to have a lot of time to explore the museum, as it consists of 3 levels of amazing art you will need enough time to appreciate. 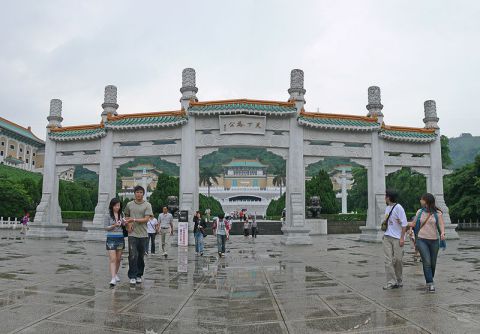 Feeling peckish in the middle of the night? No problem. Taipei’s popular night markets, like Shilin Night Market – the biggest of them, offer a variety of street food snacks sold in stalls – from oyster omelets to Fried Lamb and Bubble Ice. Of course, you may also enjoy a square traditional meal in one of the housed eateries in the area. An added bonus? You can also buy fashionable clothes in most of those markets. Though you may not want to touch your new clothes with greasy tofu fingers. 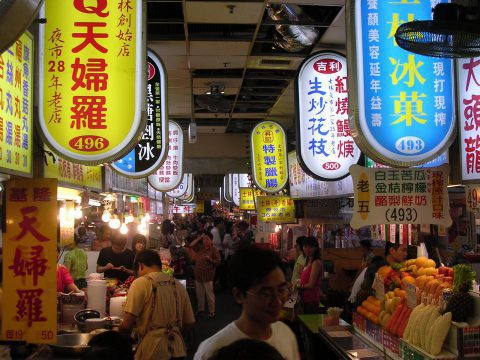 Standing proudly in the skyscape of Taiwan’s capital is Taipei 101 Tower – a landmark that should be on your list of things see in this exciting city. From the first glance, you will be able to tell where its makers drew inspiration: the native Chinese bamboo plant. But it isn’t just pretty to look at. This marvelous building has been designed to withstand earthquakes and typhoons. Taipei 101 Tower held the record for tallest building in the world from 2004 to 2010 when Burj Dubai broke its record. At the base of 101, you will find a mall, and there are observation decks on some floors too. 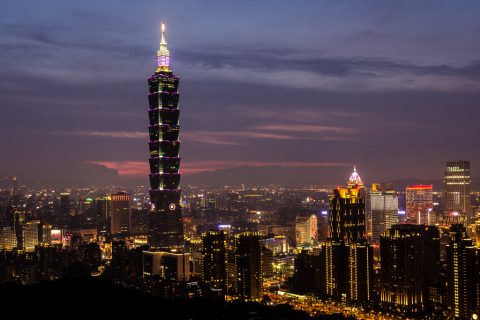 A modern landmark, Taipei 101 tower was until recently the tallest building in the world.

The Best Temples In Taipei

No visit to Taiwan can be complete without a visit to its magnificent temples. Scattered among the city’s skyscrapers are Taipei’s numerous Buddhist, Taoist, and Confucian temples, and picking which ones to visit can be a tall order. Thankfully, we have done the hard work for you, narrowing them down to 3 unmissable temples.

The first one is Longshan Temple, a grandiose temple originally built for the worship of the Goddess of Mercy. Today, however, you will find statues honoring more than 100 gods and you can pick your favorite to burn an incense stick for. Look out for the sculptures of mythical creatures that are said to be guarding the temple. 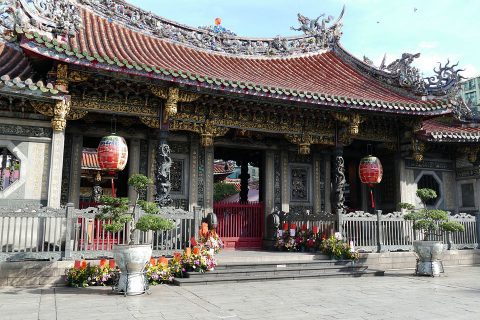 Visit Longshan Temple and marvel at the intricate details in its decoration.

The second temple you shouldn’t miss is the one dedicated to Confucius, the famous Chinese teacher and philosopher. You will find that the architecture of Confucious Temple is a lot more minimalist, to reflect the great man’s philosophy. This temple was built in 1879 but was destroyed when the country came under Japanese rule. It was, renovated again in 1930 by Wang Yi-Shun, who also happens to be the designer of the previously mentioned Longshan Temple.

Confucious Temple is rather simple in style, reflecting the great teacher and philosopher’s mentality.

Last, but definitely not least, is the Bao’an Temple. This Temple has received a Unesco Asia-Pacific Heritage Award for being so well restored (from 1995 to 2002) and reviving traditions and rituals. The Temple holds a folk arts festival (Baosheng Cultural Festival) from March to June, which makes for a unique experience for those who happen to visit Taipei during that time. 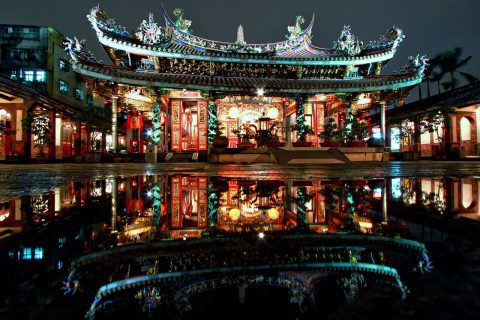 Bao’an temple has been restored and is now one of the most marvelous temples in cosmopolitan Taipei.

There are, of course, so many other things to see and do in this fantastic, colorful and vivid city. But we want to let you discover Taipei for yourself too.

Did you find this article enlightening? Read about more amazing places, and choose your favorite, here. If you want to also want to do a little bit of research about the Asian place that has the most beautiful women, you can get a taste in AsianDate. If you like social media, you may want to follow us on Twitter and Instagram.