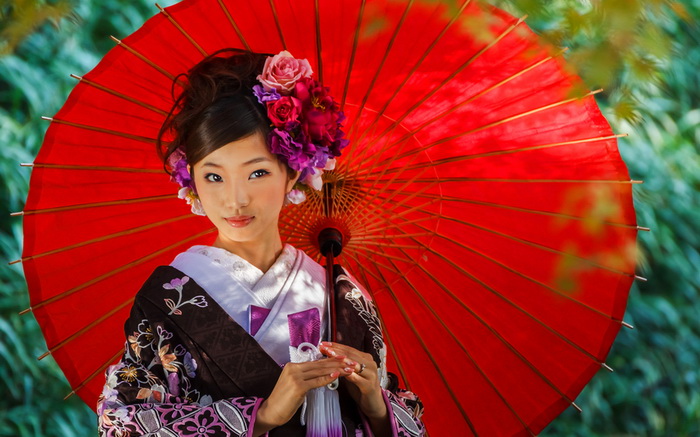 When dating internationally, it’s important to learn the traditions of the other culture. And one of the many ways in which culture can be seen and expressed is through clothing. Therefore, to truly familiarize yourself with Asian culture, you must first become familiar with traditional Asian clothing.

The Chinese cheongsam—often referred to as a qipao—is the iconic Chinese dress. Once worn daily by the affluent, it is now a favorite amongst all Chinese females for important social events.

The reason being that the qipao is considered to be the most classy dress any woman could ever wear. The dress, though form-fitting, should never be worn excessively tight. The sleeves can be of any length. However, shorter sleeves are more the norm.

The Asian traditional clothing worn by Japanese people is called a kimono. Like the cheongsam, it is usually reserved for formal events. In Japan, the people consider the patterns and designs on the kimono to be a work of art that is comparable to a painting.

Therefore, a well-made kimono gown that is intricately designed can be rather expensive. That’s especially the case if the kimono gown also happens to be a silk kimono.

In Korea, their traditional dress is called the hanbok. Like the kimono, it is a conservative gown that covers the entire body. With the hanbok, you can trace its origin back to the times of antiquity. The first group of people to have ever worn the hanbok were nomadic tribes.

Hence, the hanbok was designed with priority given to ease of movement.

The Vietnamese ao dai strikes to a very close resemblance to the cheongsam. However, the key difference is that the Vietnamese traditional dress is worn with pants. This outfit, like all the others, are usually worn on special occasions.